What's new for WildFly 27 in the cloud.

In April we announced the new WildFly architecture for the cloud. I strongly encourage you to read that post to get familiar with this new architecture.

We have discontinued the release of WildFly s2i centos7 based images starting WildFly 26.1.2. For new features and bug fixes, we are now only releasing UBI8 based JDK11/JDK17 s2i builder and runtime images along with the Galleon wildfly-cloud-galleon-pack.

The latest artifacts that form the WildFly cloud experience are:

As an example, the user could set an env var when starting WildFly to change the value of a proxy-address-forwarding attribute with the env var SUBSYSTEM_UNDERTOW_SERVER_DEFAULT_SERVER_HTTP_LISTENER_DEFAULT__PROXY_ADDRESS_FORWARDING.

One of the main areas feedback we got for this new architecture is that an s2i build takes more time compared to legacy WildFly s2i images. That is due to the maven resolution of the WildFly server artifacts (JBoss Modules modules jar retrieved from remote maven repositories) during provisioning. Although incremental-build (re-use of the maven cache from previous build) is enabled by default when using the Helm chart for WildFly, when building multiple applications incremental build is not an answer, as the maven local cache can’t be shared among different build configs.

In order to provide an answer to this issue, we have made the WildFly s2i builder image able to generate an S2i builder image for a given trimmed server. Such a builder contains an installed WildFly server in $JBOSS_HOME (/opt/server) in which a deployment built during the next s2i phase is deployed. This kind of builder offers an efficient build phase, as no more provisioning is performed when building the application. 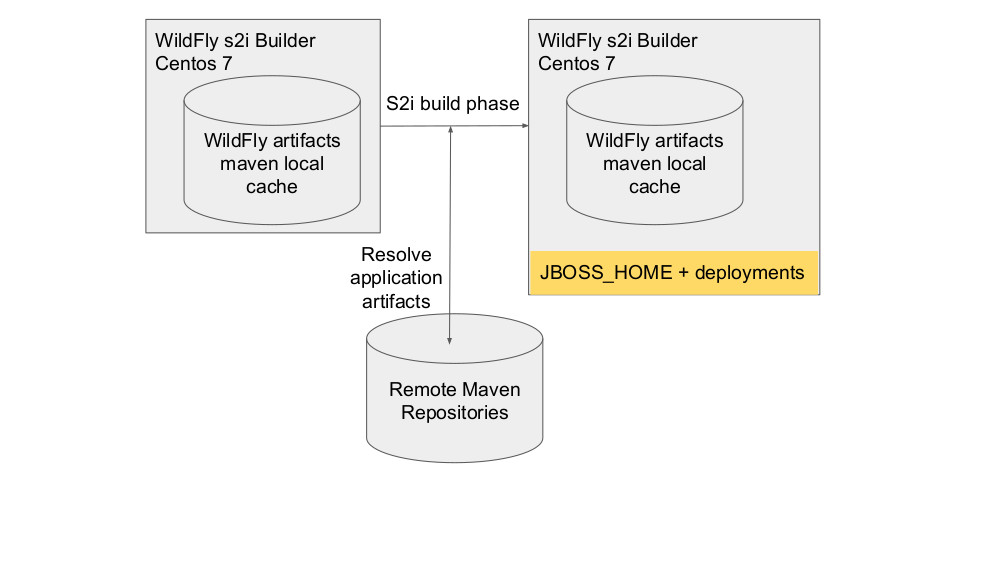 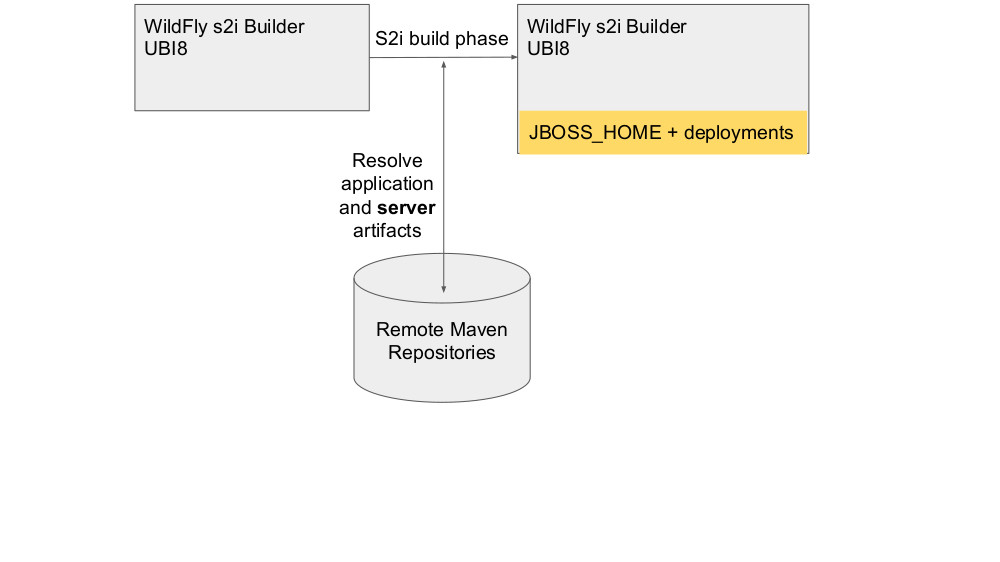 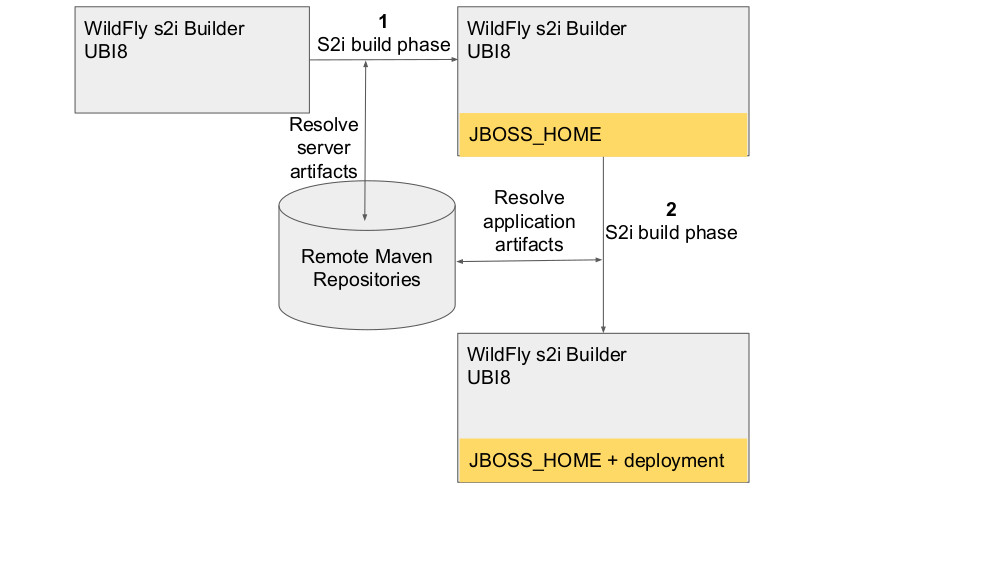 A WildFly s2i builder is built from sources (actually just a pom.xml file) located inside a maven project. The WildFly Maven Plugin is used to provision the server, configured with the Galleon layers of your choice (e.g. jaxrs-server, cloud-server+ejb, etc). The Galleon layers you can use are not limited to the WildFly Galleon layers. You can use different Galleon feature-packs to build-up your server. This pom.xml file contains the provisioning of a cloud-server plus a postgresql driver and datasource that the wildfly-datasources-galleon-pack defines.

To make WildFly s2i builder generation possible using the Helm chart for WildFly, we have evolved it with support for the following:

This helm chart file shows how to configure an s2i build to produce a WildFly s2i builder.

WildFly 27 supports only Jakarta EE 10, so the WildFly s2i examples have been migrated to jakarta EE 10.

In addition to the set of examples that we introduced for WildFLy 26, new examples have been included:

We hope that you will have an interest in these new features. As usual we need your feedback to evolve WildFly on the cloud in the right direction. Feel free to log these as new project issues.

WildFly is open. All dependencies of this project are available under the LGPL 2.1 or compatible license.

This website was built with Jekyll is hosted on Github Pages and is completely open source. If you want to make it better, fork it and show us what you’ve got.